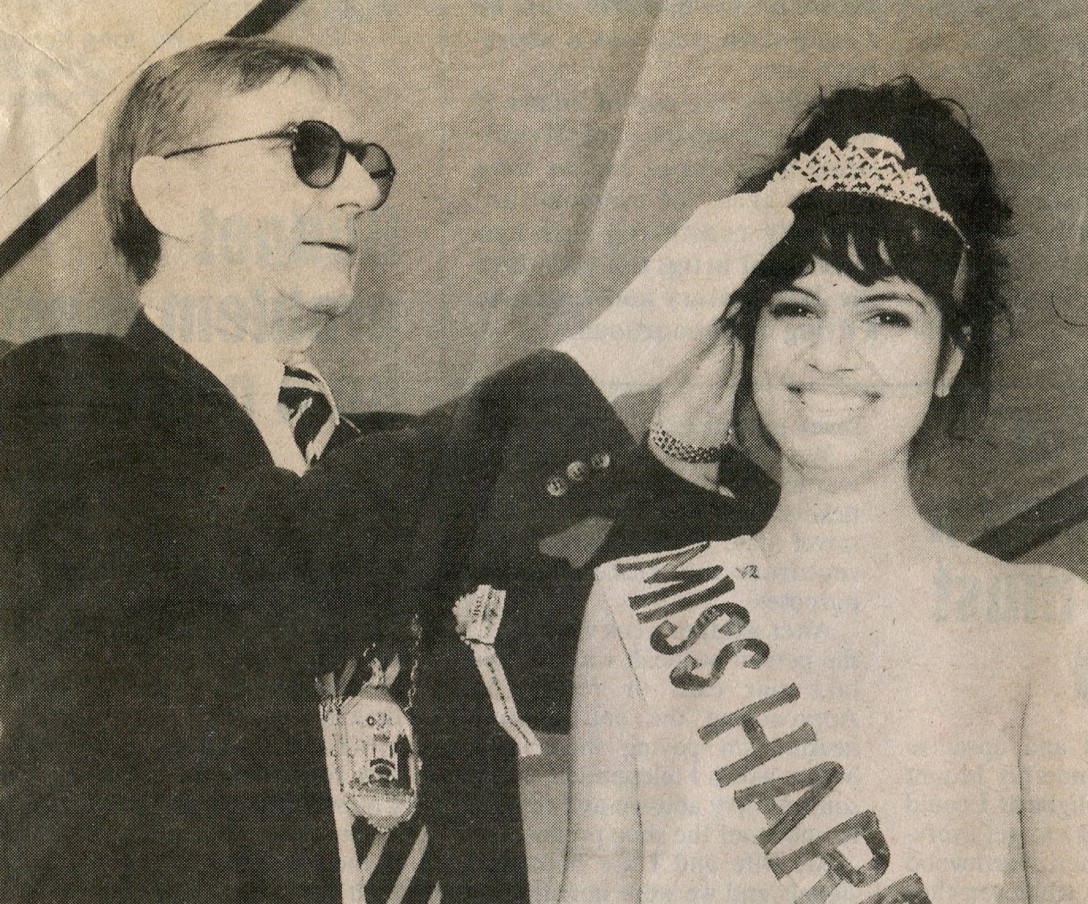 I ran a Twitter poll yesterday asking what you’d like to see more of on this blog. The winner by a hair was true life stories, which is handy as my whole life has been crazy. Not sure how I’m going to break this result to the eight-year-old though.

Anyhow, here’s another true tale from my rather large arsenal…

I was such an ugly, geeky, friendless kid. I had big sticky-out buck teeth, a hairy face, and my mum cut my hair. The girls at secondary school said I’d have to have sex with an animal if I ever wanted to have sex, as ‘you’re so ugly no man will ever fuck you’.

This really upset me, and I vowed I’d never have sex with an animal. And ladies and gentlemen, to this day, I have kept that promise.

I used to stare wistfully at the other girls at school in Games, and wish I had their perfect, hairless bodies. I used to cry thinking how ugly I was. Here I am, aged 11 in West Lodge uniform:

But within four years, my appearance had changed. When I blossomed at age 15, I could barely believe it. Suddenly, I wasn’t ugly any more, though I was still virtually friendless. I wore a brace for two years to fix my front teeth, learned how to bleach and pluck the hair on my face, and began shaving my body. I started wearing makeup, put my hair up in a ‘pineapple’ ponytail on top of my head, and got my first proper boyfriend. I remember him saying that if he had a wish from a genie, ‘I’d wish to make your tits bigger’. Charming.

Then, when I was nearly 17, the local paper in my hometown of Harrow ran a beauty contest for the very first time: Miss Harrow. The main prizes were a £400 hifi and £100 in cash. I entered with this photo of me and Simon Le Bon, as we were friends (another story for another time). God knows what the staff thought at The Harrow Times if they recognised him! They probably didn’t get many photos of parochial beauty contest contestants with rock stars.

A few weeks later, I received a phone call to say I’d made it into the final five contestants. I had to come and meet the judges at the Harrow Times. Thankfully, I didn’t have to parade in a bikini, demonstrate a talent or make a speech about world peace.

A few days after the judging panel, I received another call to say that I had won, and was to be crowned the inaugural Miss Harrow! It felt amazing, but I’d left school by this point, so sadly didn’t get to feel vindicated in the face of the bullies. Though when I went to college in Stanmore the following year, a girl who had seen me in the paper told me, ‘If you’re Miss Harrow, I’m Miss Universe’ – to which I replied deadpan, ‘Congratulations, Miss Universe.’

I was crowned Miss Harrow at the Harrow Show in July 1997, just after my 17th birthday: 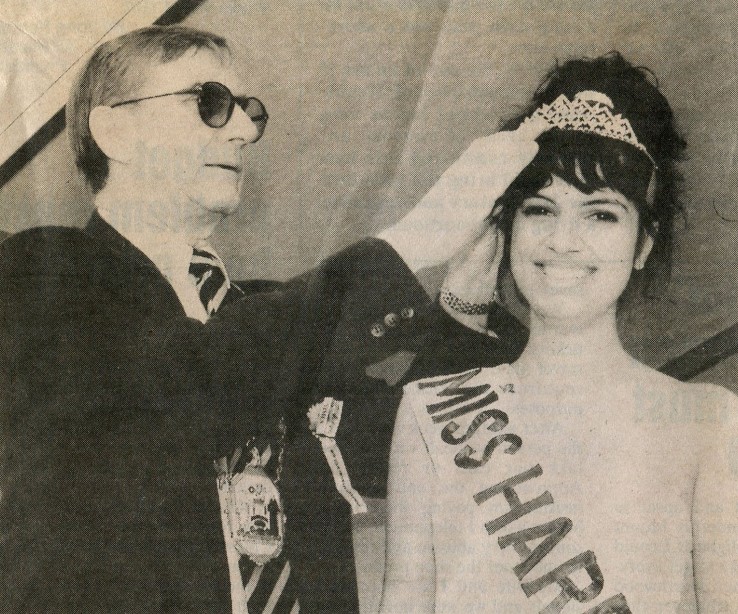 Now this is where my own personal version of The Ugly Duckling gets a little surreal and funny. After my coronation, I had to have lunch with the dignitaries: the new mayor Keith Toms (above), whose wife had made my very fetching sash; the editor of the Harrow Times, Charlie Harris; and the sitting MPs.

The new MP for Harrow East at the time was Labour’s Tony McNulty. You may recognise his name, as he was later implicated in the expenses scandal and had to resign, though that doesn’t really narrow it down much. 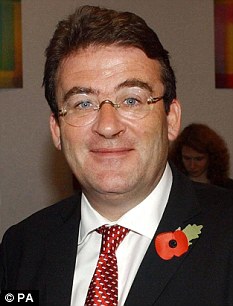 Anyhow, over lunch, Tony told Charlie, the editor of the Harrow Times, that he didn’t approve of the beauty contest – it was sexist, reductive and unreconstructed, he said. Charlie tried to argue that it was post-modern, but Tony said he didn’t want to see another contest being run.

So, for the next 15 years, I was still Miss Harrow.

Every year, the organisers would email me and ask if, as the reigning Miss Harrow, I would appear at the Harrow Show. By then, I was slightly embarrassed about my superficial accolade, so I always said no.

I only made one more appearance as Miss Harrow, which was soon after my coronation: I rode in an open-topped sports car through the spectator-lined streets at the Stanmore Carnival. I was told to wave to the crowds, but I’d forgotten to shave my armpits, so ended up waving at them with my left hand clamped to my right pit.

I know a lot of people don’t agree with beauty contests and would take Tony McNulty’s stance here, but in my defence, given that I was bullied for my looks for years, I kind of needed some official confirmation that I was no longer hideous.

This 1952 video of The Ugly Duckling is really lovely, and will leave you with a warm feeling in your heart. I hope you enjoy it.

6 thoughts on “I was a teenage beauty queen”