When I was 19, my lovely friend Mark (who is still a good friend) took me on my first proper holiday: four days of soaking up the sun in Cyprus. Like most people, I go darker in serious heat  – and the marks take ages to fade.

Being a very body-conscious and slightly exhibitionist teenager, I decided the best way to avoid getting tan lines on holiday would be to sunbathe topless. I’d never done it before though, and I didn’t want to get in trouble for it. I searched online to see whether you were allowed to sunbathe topless in Cyprus, but in the year 2000 the internet wasn’t what it is today, and I couldn’t find an answer.

So I decided there was only one thing for it: I would have to call the Cypriot High Commission.

I dialled the number, and a man with a very deep voice and Greek accent picked up: ‘Hello, Cypriot High Commission?’

‘Hi,’ I said. ‘I’m about to go on holiday to Cyprus, and I want to know if I’m allowed to sunbathe topless on the beach?’

Get a visa or an official letter of permission, I wondered?

‘Let me know when and where you are going, so I can come along!’ the man joked.

I’m pretty sure this exchange would never happen these days, but I laughed.

I surge even further into the lead! Something tells me John isn’t taking this entirely seriously…

I am, though, as I want to look like this again. 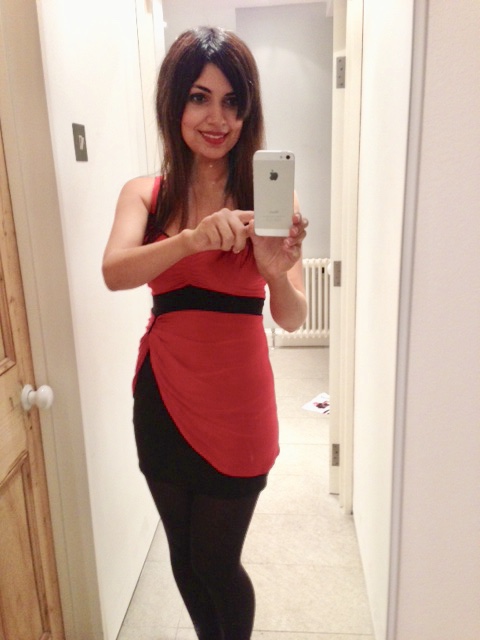