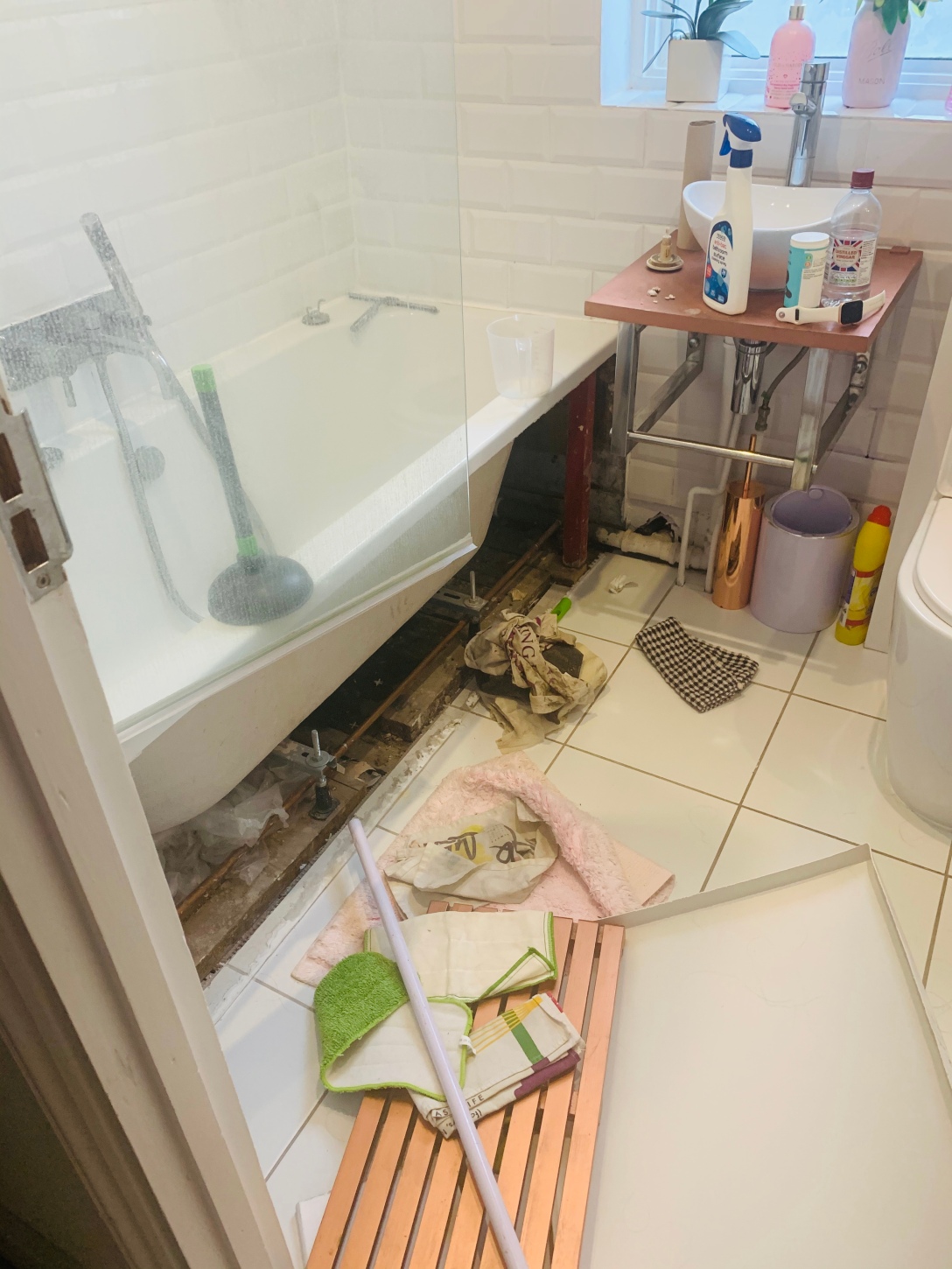 My bath is refusing to drain and is thoroughly disgusting. Since there’s about as much chance of getting a plumber during lockdown as there is of getting the Queen to do backflips in my garden (you’re welcome to Queenie, if you’re reading this), I had to roll up my sleeves and get dirty.

I assumed that there was some kind of blockage that was stopping the bath from draining, so I mopped up all the scummy water in the bathtub and got to work.

Firstly, I took the plunge. No, I didn’t dive into the bath – I used a plunger and squelched it up and down on the plughole. When I filled the bath again, it didn’t drain, so I abandoned the plunging. I also tried to stick some jewellery pliers down the plughole and managed to fish out two big clumps of hair, but the bath still didn’t drain.

Next, following cleaning guru Mrs. Hinch’s instructions, I poured bicarbonate of soda down the drain, followed three minutes later by distilled vinegar, and ten minutes later by a kettle full of boiling water. The bath quickly filled with water and scum again and smelt like boiling vinegar, which was incredibly foul and made me want to puke! So that was a non-starter.

At this point, I called my ex-husband. He used to be a labourer and has 23 years’ experience in the building trade, so he knows his stuff. With the aid of FaceTime, he talked me through taking the bath panel off and removing the trap from the U-bend. I had to lie down on my side on the floor, unscrew both threaded ends and then stick a broom handle down the pipe to try and dislodge any blockage. A load of silt and stones came out but nothing major. However, I felt like a boss when I managed to get the trap back on successfully and it didn’t leak!

After my foray into the U-bend, I hoped that the silt and stones were the blockage. However, then I brushed my teeth in the bathroom sink and the bath filled up with water and scum again, so there’s something deeper going on here, which I’ll ask my ex to investigate after we leave self-isolation. The whole exercise was a bit futile, but it was interesting nonetheless, though I currently have no plans to become a plumber.

I’ve spent most of the day clearing up the mess in my bathroom. But hey, what else is there to do during lockdown?! 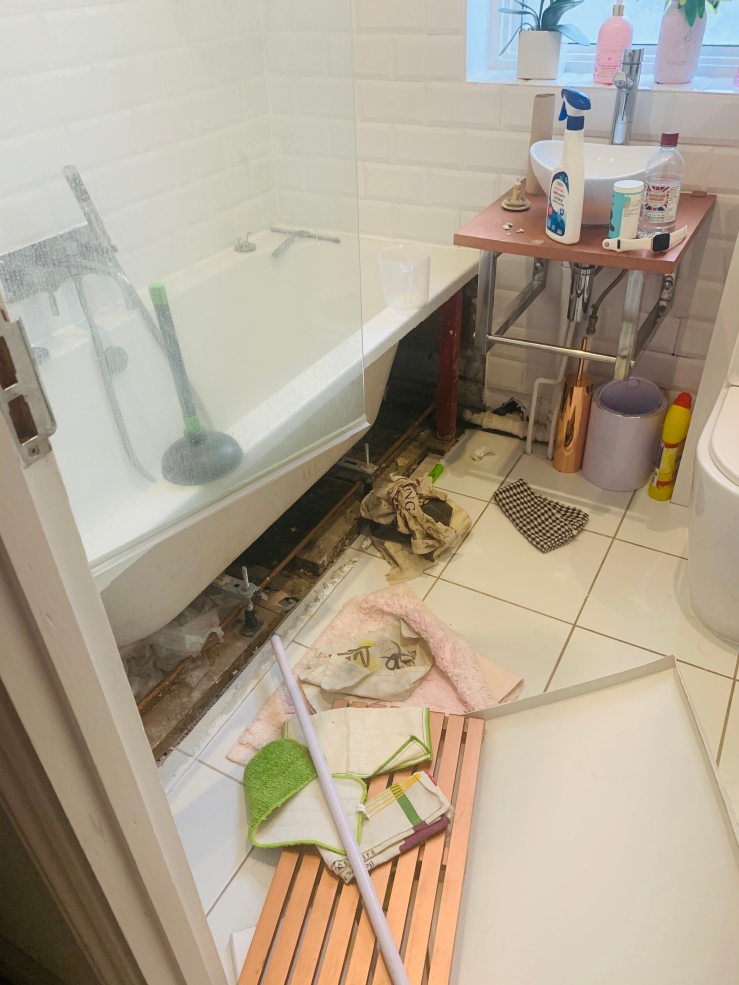 If you enjoyed this blog, please support me on Patreon from just £1 a month and you’ll get to read a lot more of my writing.