Brexit be damned! I’ve decided that, deal or no deal, I’m having a kids’ Christmas party for my daughter this year. So I’m stockpiling Prosecco (for the adults – don’t worry, my eight-year-old isn’t a miniature alkie). Before October 31st, I’ll buy some party snacks that won’t be out-of-date by December, and will send out the invitations to my friends with kids next month.

I haven’t had a party since my do for the eight-year-old last Christmas. I used to have fun birthday parties in my twenties, but they kind of fell by the wayside. However, I’m definitely also having a big celebration next year whatever happens with Brexit, as I’m turning 40. In the same month, my friend John is turning 70, so we’re going to throw a party called ‘Ariane and John turn 110!’

I hope it’s as much fun as my 27th birthday party back in 2007, which was a 1980s party in my tiny one-bedroom flat in Camden. Here was the invitation, designed by ultimate polymath Graham Nunn, who would also go on to design the Atheist Bus Campaign:

My flat was literally about 300 square feet of space across two rooms and two half-rooms, but I managed to pack in 12 friends. Here are some of them: 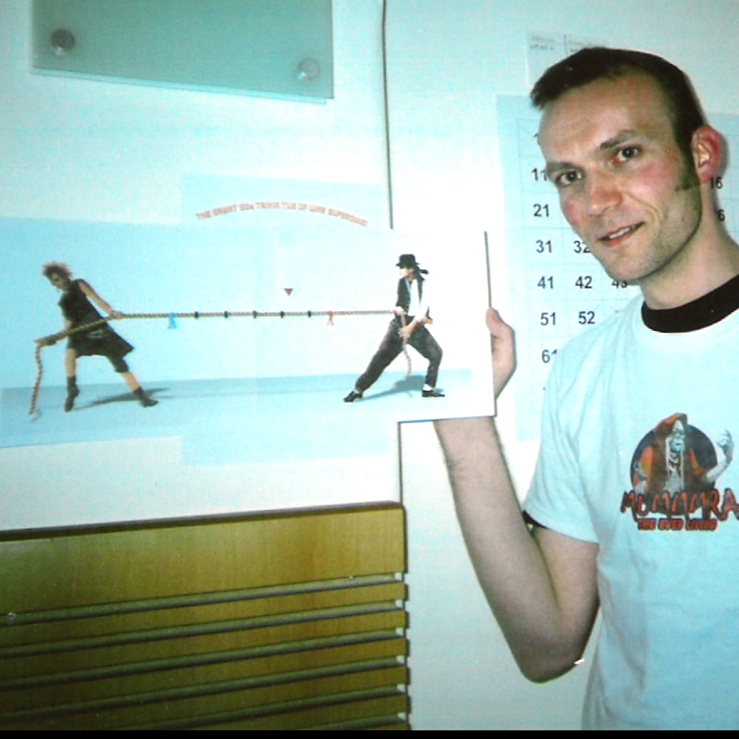 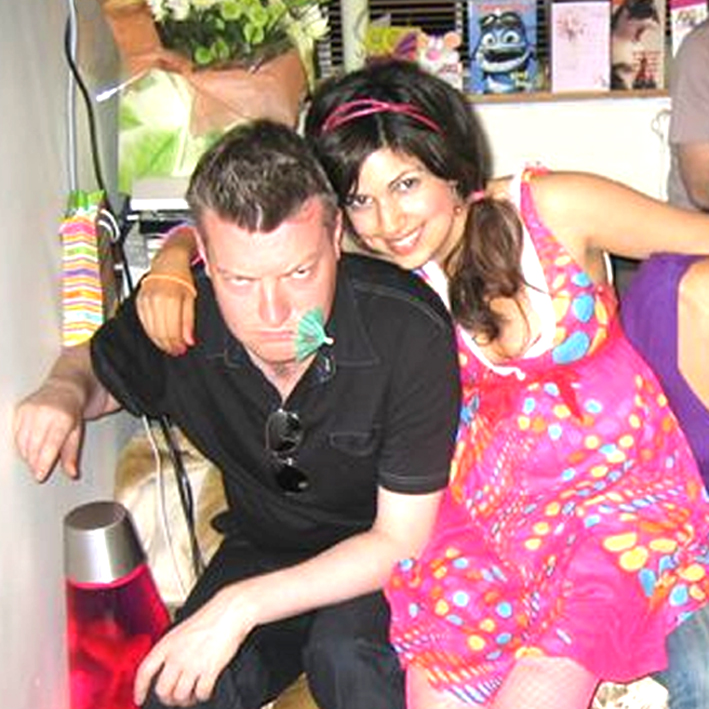 Me and my writer friend Charlie, who went on to create the amazing series Black Mirror. Is my dress not the most 1980s thing you’ve ever seen?! 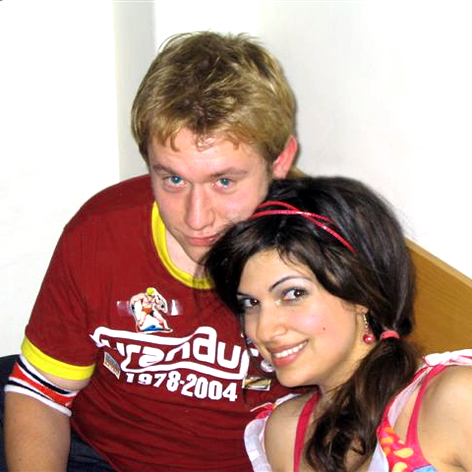 Me and my then-boyfriend Ben, rocking the 1980s theme with his Duran Duran t-shirt. 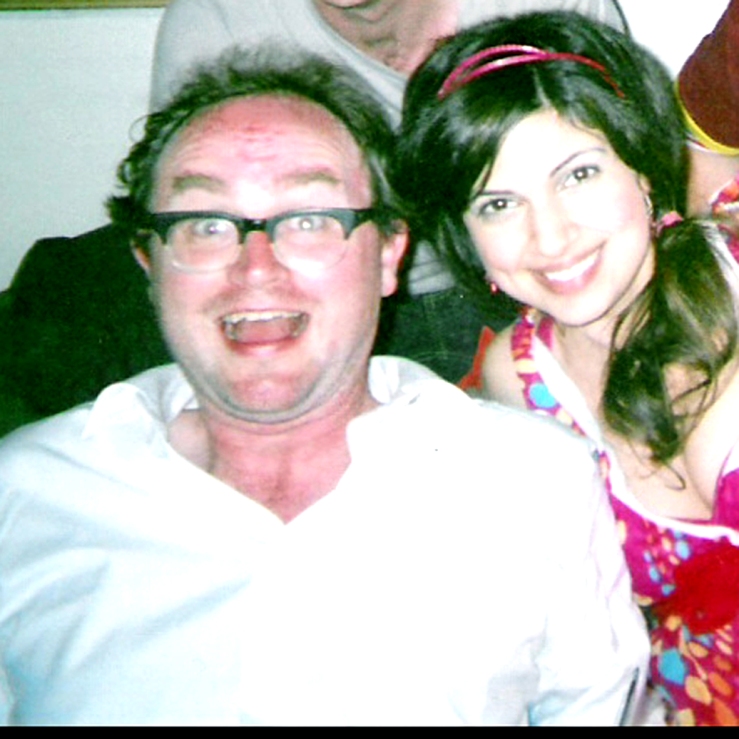 Me and another Ben (I collect them). This Ben is now a comedy producer at BBC Studios. 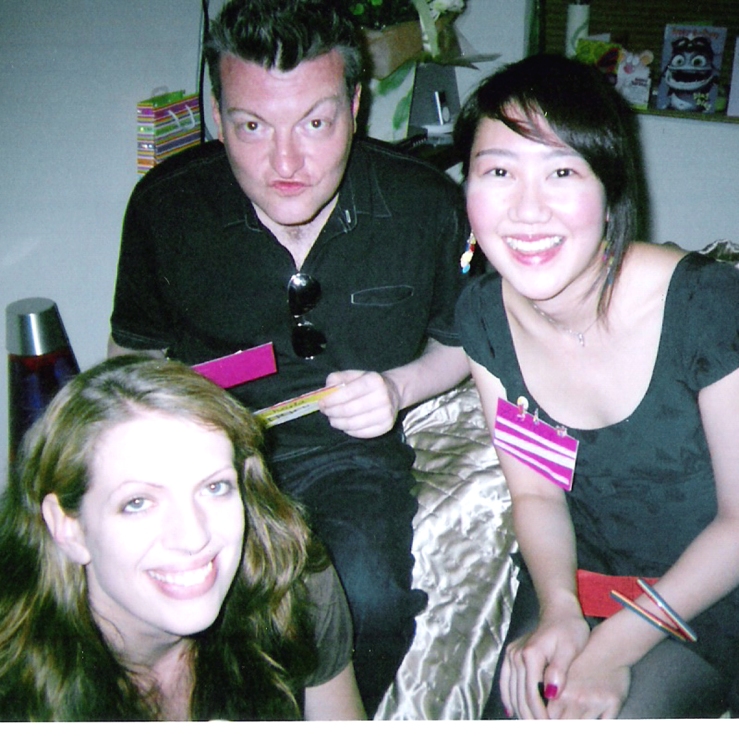 My friend Catie, who went on to be my flatmate for two years, and then married her comedian boyfriend Richard Herring; Charlie; and my then-flatmate Zarina Liew, who I used to produce cartoons with for the Times Educational Supplement. 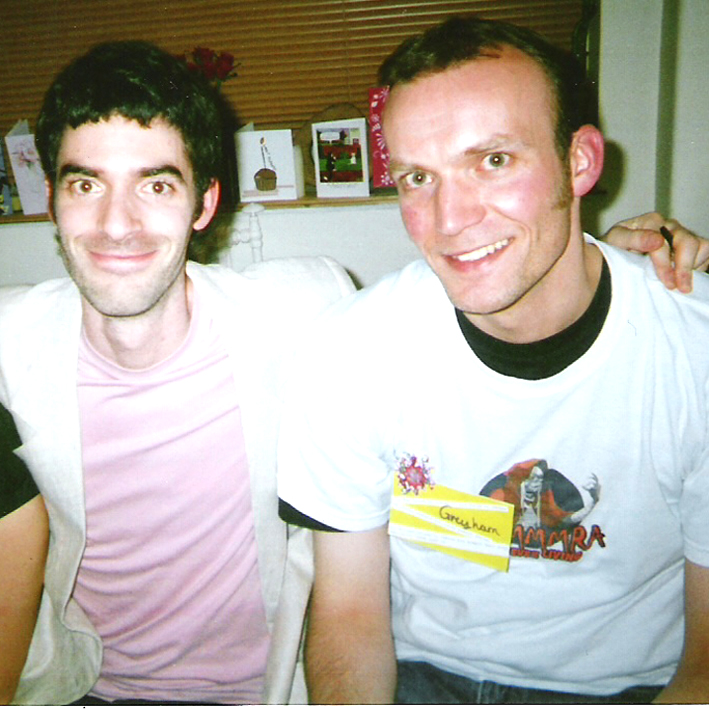 My lovely friend Mark White with my best friend Graham Nunn, who would go on to be my husband, and then my ex-husband, and is now my best friend again. He’s paying homage to the 1980s theme with his Mummra-from-Thundercats t-shirt.

Everybody holding up their name badges. Each name badge had three
statements on – two true, one false. You had to guess which the false one was.
The game helped break the ice, as a lot of my friends didn’t know each other. 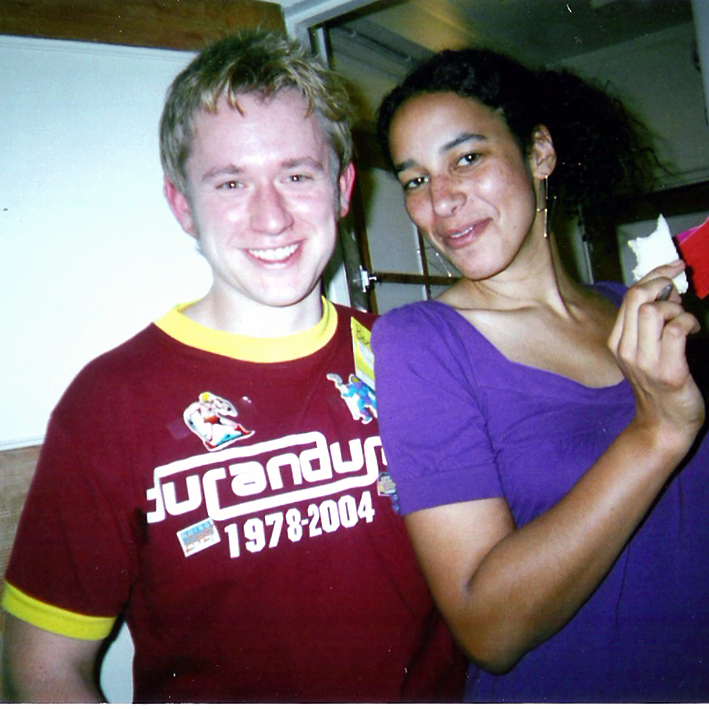 Ben and my friend Hannah Forbes Black, who is now a multimedia artist. 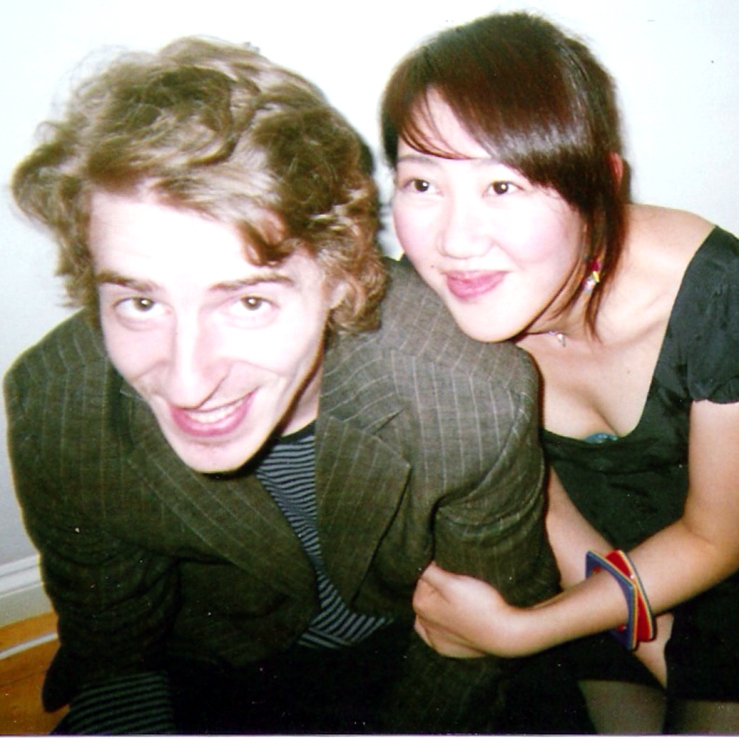 Zarina and her boyfriend John, whose surname escapes me because I am now very old. 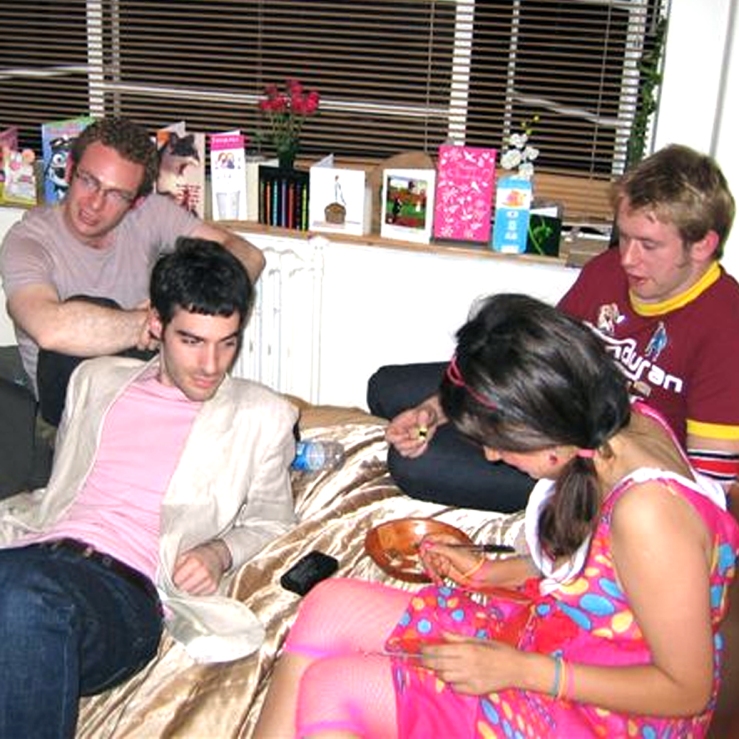 Playing another game in teams. Everyone sitting on my bed as there was no space!

I can’t remember who won the prize for Best 80s Costume. On the evidence of these photos, it should really have been me, as I don’t think anyone else pulled out all the stops! You can’t award yourself a prize though. I don’t remember that much about the party, which is possibly a sure sign that it was a good one, but has probably got more to do with it being 12 years on… Anyhow, it’s great to still have the photos, though it also makes me feel ancient.

Back then, I wasn’t remotely pregnant, and now this small creature is eight years old: 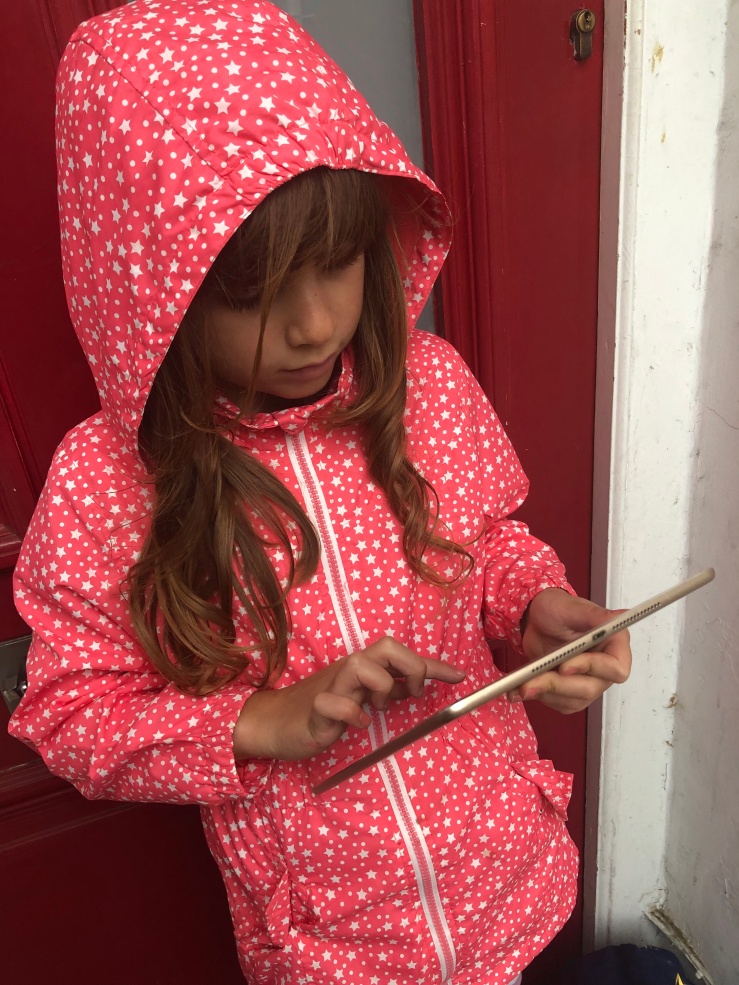 The party I’ll have for her in December won’t be cool and fun in the same way as my 27th, but Santa (aka my good friend John Fleming) will turn up with gifts, and my daughter will be excited (although she doesn’t actually believe in Santa any more) and suddenly I’ll have something in my eye. I can’t wait. 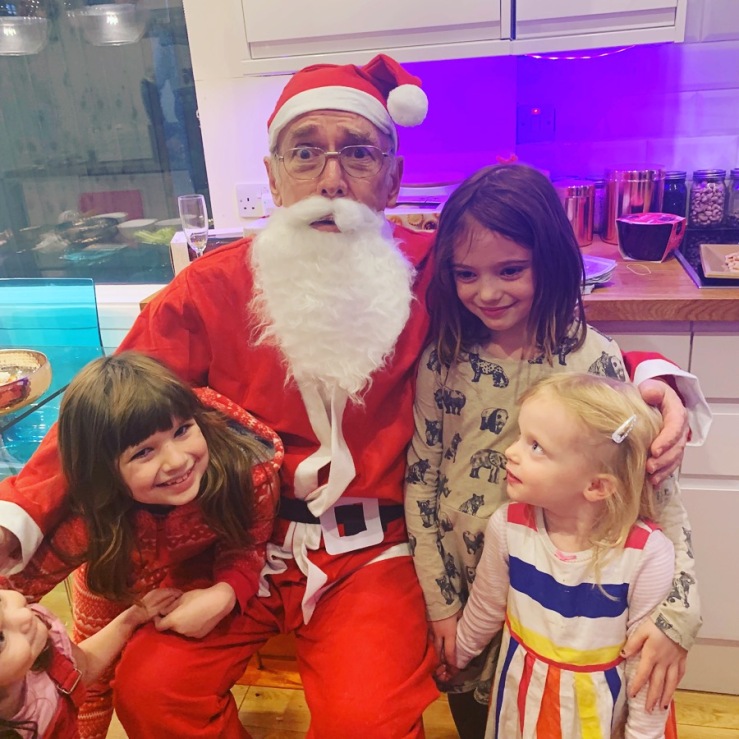 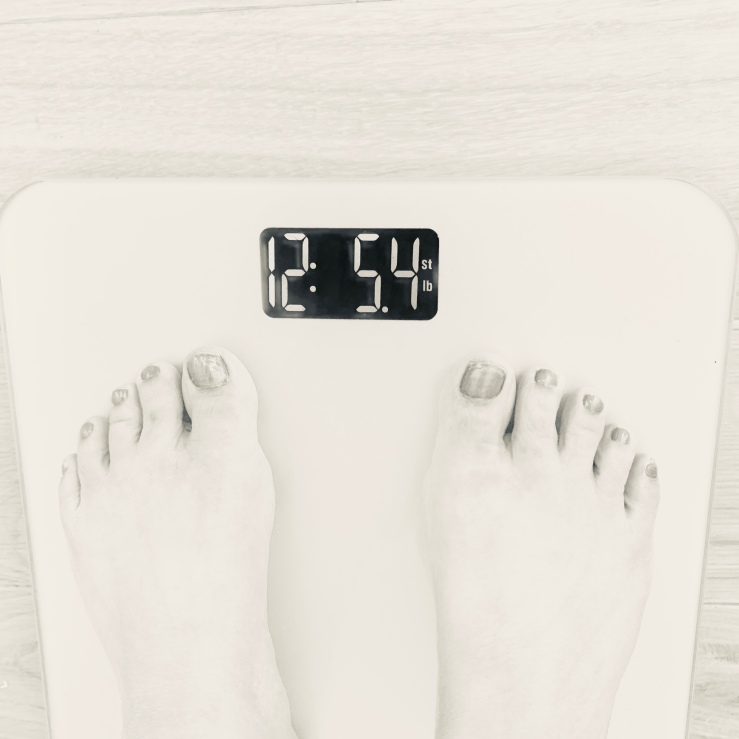 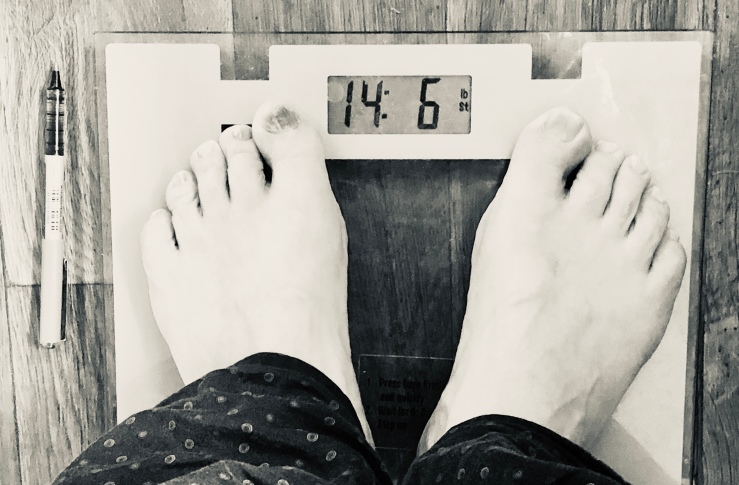 It’s fair to say that John and I aren’t doing too well on this diet. There’s still time to turn it around though!