It was 1997, and I was 16 years old. Despite having an on-off boyfriend, I was very lonely. Then I stumbled across a now-defunct music magazine called Select, which had a contact ads section at the back. The pages weren’t exactly lonely hearts, though I’m sure that was on the minds of numerous advertisers, but they were an opportunity for geeky outcasts to meet other misfits.

In January of that year, a man called Graham placed an ad that said ‘Adventurous and insatiable male hermit, 19, requires intelligent corespondents [sic] to astound, bewilder, tantalise and bore. Self-important wordy sarcastic types encouraged.’ (The spelling mistake was the magazine’s, but I didn’t know that.) Graham seemed smart and interesting, so I wrote him a rather combative letter, trying to be sarcastic while simultaneously taking his ad entirely seriously. The one-page letter was typed on my parents’ word processor.

I’m cringing just reading it now! Back then, my personality was an odd combination of zero self-esteem, due to being abused physically and emotionally at home and bullied all the way through school; and self-confidence, having recently discovered that a lot of men wanted to have sex with me. At times, when I thought about my life to date, I felt suicidal – and, at that age, I was still self-harming and had only just stopped being anorexic.

Graham wrote a caustic reply in response to my opening gambit: 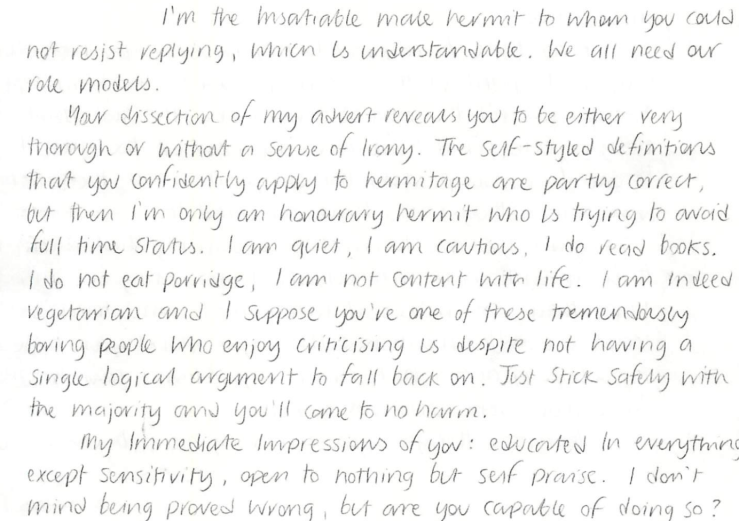 Touché! So started a friendship that would last from then until the present day, off and on. Looking back, Graham’s letters were much more readable and mature than mine, but then I guess he was more than three years older.

However, I may have been an embarrassingly gauche and daft correspondent, but I certainly wasn’t boring. I was sure I had nothing to offer in terms of my personality, so tried to convince Graham I was irresistible – as I believed this was the only reason a man could ever be interested in me. In my first letter, I told him ‘I spend my days straddling naked men’. He retorted, ‘You didn’t say whether or not the naked men were conscious.’

In another letter, I naughtily tried to turn him on:

The rest of the letter is so racy and smutty that Graham asked last night, ‘Are you sure you want it out there if you’re applying for jobs? It’s X-rated!’ So I will save it for the memoir.

Back in 1997, Graham totally refused to take the bait and reciprocate. He said later that he had no idea what to make of me! He was much more withdrawn, reserved and measured than I was (then again so was pretty much everyone, including Julian Clary).

But our friendship progressed. Graham eventually sent me a perfectly attractive if rather sullen photo of himself: 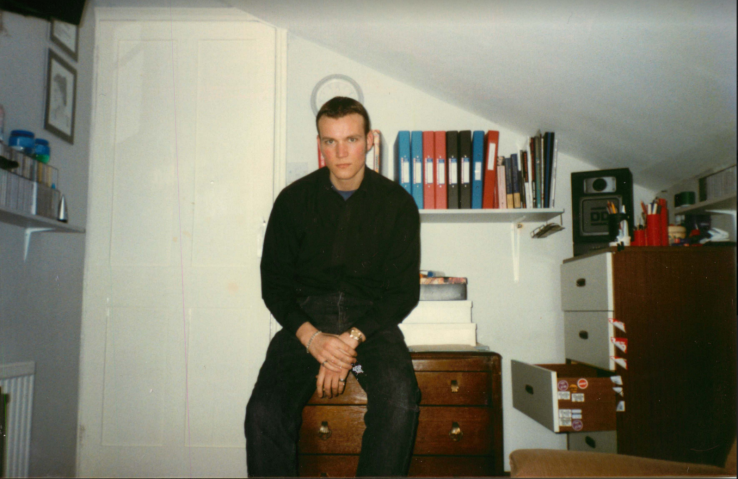 However, he was extremely self-deprecating about his appearance, and I tried to reassure him: 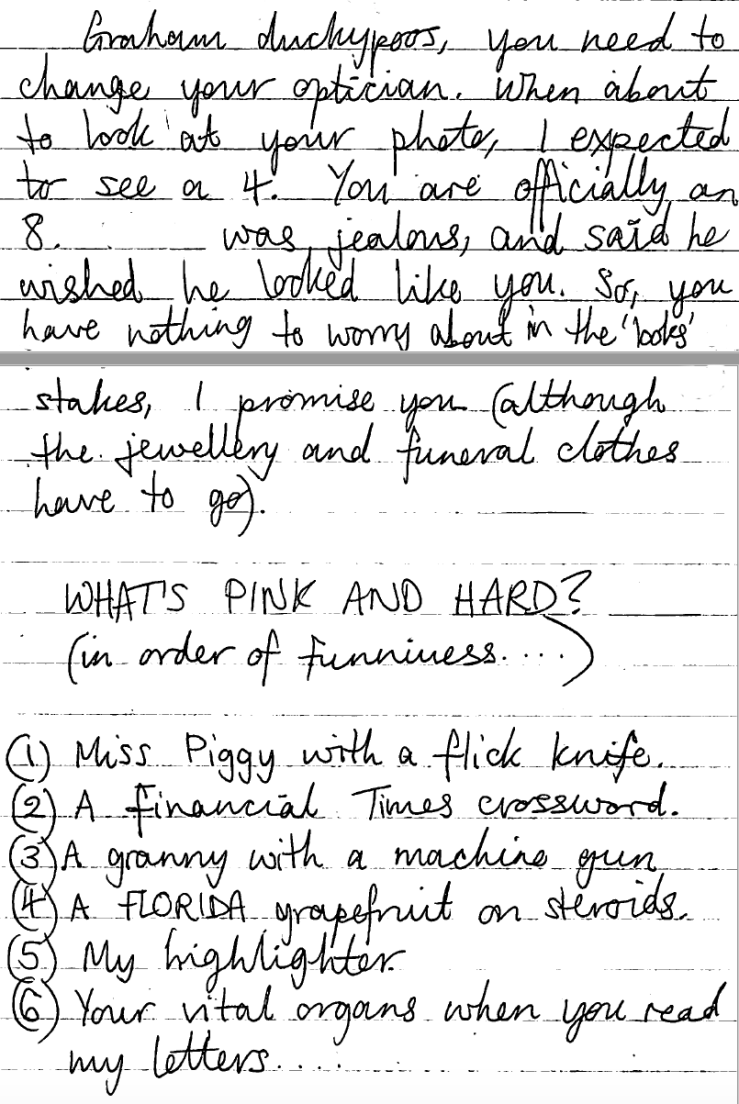 Reading back through the letters I sent him, though there were jokes in, I was also incredibly depressed. I was still focused on self-harming:

And I couldn’t stop feeling sad and angry about my childhood: 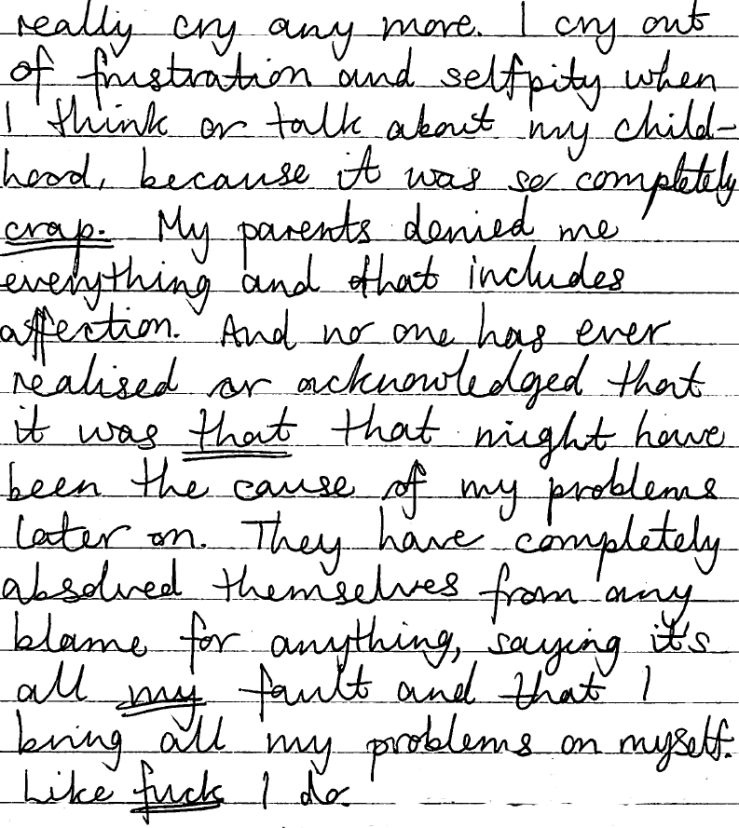 But having a good friend to write to helped ease my pain very slightly, and he’s still there for me 22 years on. 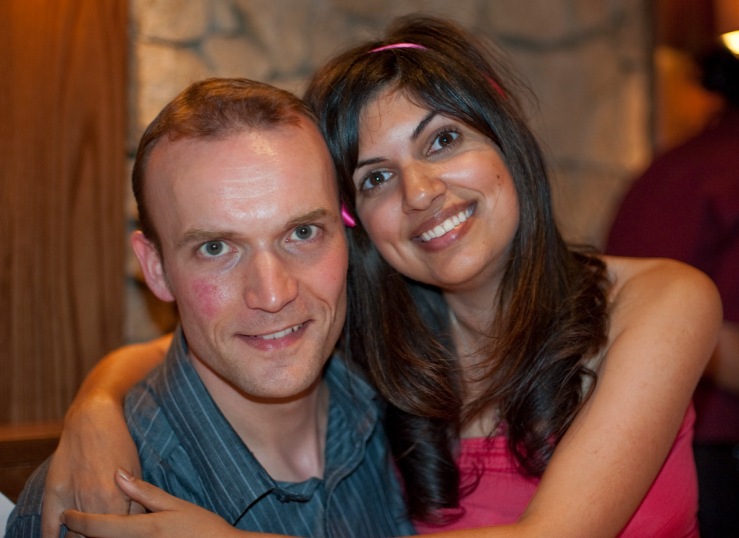