Every so often, a producer phones me up and asks if I’ll appear on live telly to talk about a particular issue (generally something to do with atheism). I don’t know why I fear this as much as I do – every telly appearance I’ve done bar one (The Alan Titchmarsh Show, which ironically wasn’t live) has been absolutely fine.

The thing is, I know that appearing on TV raises my profile slightly and I’ll meet interesting people and get a small fee (typically £50 or £100) – so I usually bite down my nerves and agree to go on. Then I dread it until it’s over. But I’ve done around two dozen live TV appearances now, and despite a few panic attacks when I was starting out, I’m beginning to get used to appearing.

So what happens when you go on live telly? Well, first you have to appear on the radar of a show’s producer for some reason. The Atheist Bus Campaign tends to be the way they find me, even ten years on. I reckon I’m now on some sort of atheist telly watch list!

Then they email, generally, and ask if I’d be willing to appear on their show the next day. I say yes if I can, for the reasons above. They then phone and chat to me about the topic in question, to check I’m articulate and can put across a strong point of view. Though obviously not too strong (‘they should all be killed!’ doesn’t tend to go down well).

During this conversation, I force myself to ask the producer what the fee is. I always worry that by bringing up money, I’ll rule myself out, and instead they’ll choose someone who isn’t as mercenary as me. But seriously: you don’t ask, you don’t get – and even if the fee is only £50, it covers any necessary travel and the time taken out of your day to appear.

If you don’t get a fee, you’re effectively paying to go on the show, which is ridiculous as it wouldn’t be a show without any guests – plus most of these shows have big budgets (you can bet the presenters are being paid several thousand pounds per episode).

Sometimes the producer will book you a taxi to the studio – this always used to be the case – but lately I’ve noticed that, as I live in London, they often say ‘It’s probably quickest if you just jump on the Tube’.

It’s not really, as I live 20 minutes’ walk from the Tube station and  it takes £10 out of my fee, but I don’t want to be labelled difficult. Plus I often get car sick, though I’d deal with that this summer for a luxury air-conditioned ride!

I’ll spend the evening before the appearance deciding what to wear. It will largely depend on the colour of the sofa I’m going to be sitting in front of – you need to wear a contrasting colour so as not to blend in!

Then I’ll iron the outfit and put every part of it out ready to wear in the morning. I’ll spend that night tossing and turning in bed, feeling nervous, going over and over my argument for the show in my head, unable to sleep. But back to generalities…

When you get to the studio, you give the receptionist your name and the name of the show you’re appearing on, and they call the runner to come and collect you. They also print out a pass for you, which you’re not meant to wear. At the BBC, your bag gets X-rayed, which is reassuring as long as it doesn’t contain a sex toy. Then the runner collects you and takes you down in the lift to the green room.

The green room is a kind of hotel suite with more armchairs instead of a bed, where all the guests hang out before and during the show. It always has a telly so you can watch the show before you go on, and facilities for making tea and coffee, and sometimes if you’re lucky there’s a tray full of pastries.

You can chat to the other guests – I always do, though sometimes they’re not very friendly, especially if they’re taking the opposing side of a debate to you. One girl who I shan’t name looked me up and down like I was a piece of muck, then asked disdainfully, ‘Where did they find you, then?!’

Sometimes you’re taken into makeup in a separate room, where a woman tries to make you look more aesthetically pleasing; sometimes the makeup lady just pops her head round the green room door and says ‘You’re fine’ or powders your nose.

Then, before you know it, it’s showtime! You’re taken up to the studio with the other guests. The presenters generally say hi then, and you’re seated in a specific place. The studio is always quiet with no windows, and sometimes you can see yourself on the screens and/or the autocue on the camera.

When the presenter starts talking to you, time speeds up. You try and put your point across succinctly and articulately, without interrupting anyone, but it’s all a bit of a blur. If you’re lucky, you can see the questions she’s going to ask on the autocue or her clipboard, so have a few seconds to think about the answer. Usually if I get nervous, I sip the water they put out for guests on the table.

However, almost as soon as you start, the segment’s over and you’re being escorted back to the green room to collect your bag. These days, I check Twitter as soon as I get back to my phone, to see what the reaction to my appearance is. Then, if you’re lucky, you get a taxi home and speak to your friends, who have watched you on live TV.

So to finish, here I am on BBC Breakfast ten years ago, talking about Fawlty Towers while wearing my favourite green dress. I didn’t realise the camera could see me sitting on my leg!

I’m back on the wagon and am determined to stay on! 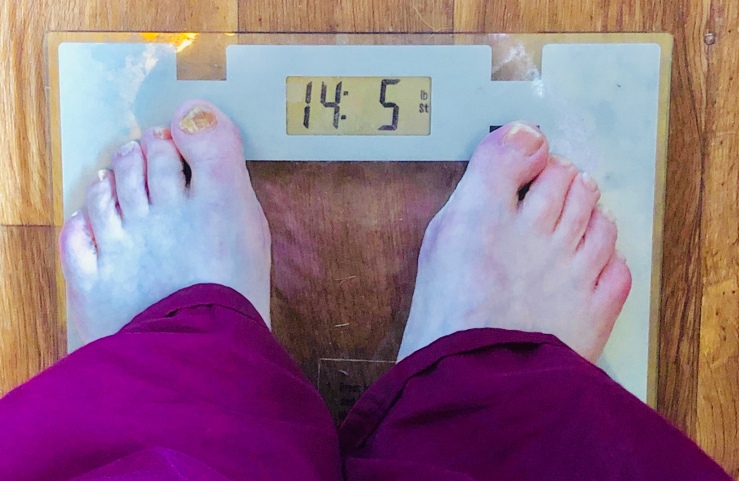 John has fallen off the wagon and seems determined to stay off!