Since I bought her a new bed with an extra pull-out mattress, my daughter has been asking me for a sleepover. She asked if she could have one with her best friend Ella, but to be honest I think she’d have happily accepted a sleepover with Mummy Pig or Mr Tumble if it meant she could show off her Harry Potter bedroom. 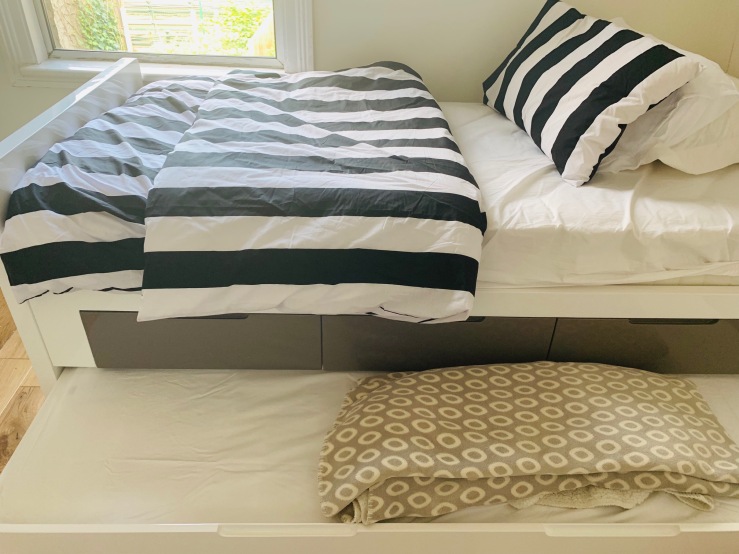 Last night was the big night, and I think it went quite well, though kids in real life never say ‘Darling Mummy, thank you so much for making my sleepover so special! I love you completely. Take all my pocket money and enjoy a spa day on me!’. You’re more likely to get a grunt and a request for Haribo for breakfast.

The planning that went into this sleepover should not be underestimated. I cleaned the house from top to toe, worried Ella might tell her class I’m a Scummy Mummy (my present title of Fattest Mum at School is depressing enough already). Like the middle-class health-conscious parent I am, I also bought an array of nutritious foods for the girls, as seen below: 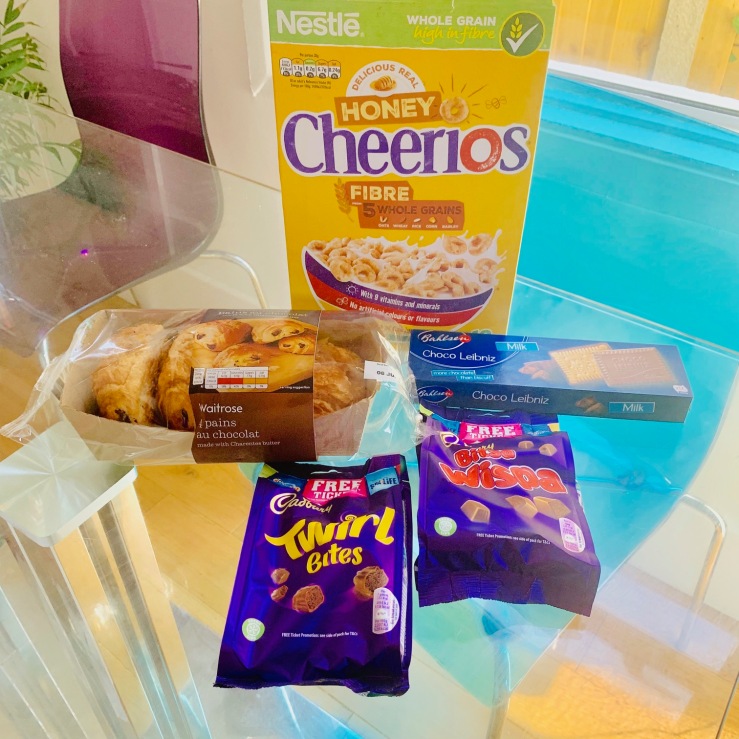 After prepping for the big night, I had to ferry both children halfway across London to my newly-clean house. They were engrossed in my daughter’s iPad and barely registered my presence. This behaviour continued throughout the evening, with vociferous protests when I made them put the iPad down to eat their nourishing dinner. (It was fish fingers, chips and beans. Told you: I’m practically Gillian McKeith.)

However, they were far from satisfied with the hearty food I provided: the fish fingers were “not breadcrumby enough”, the chips were “too soft” and the vegan Magnums were met with a scornful “dark chocolate is yuk!”. When I furnished the girls with bottled water, I was informed in outraged tones that, because of my purchasing decision, “sea creatures are dying!”. (This didn’t stop them asking for breadcrumby fish fingers though.)

When not glued to the iPad, the girls painted each other’s nails: 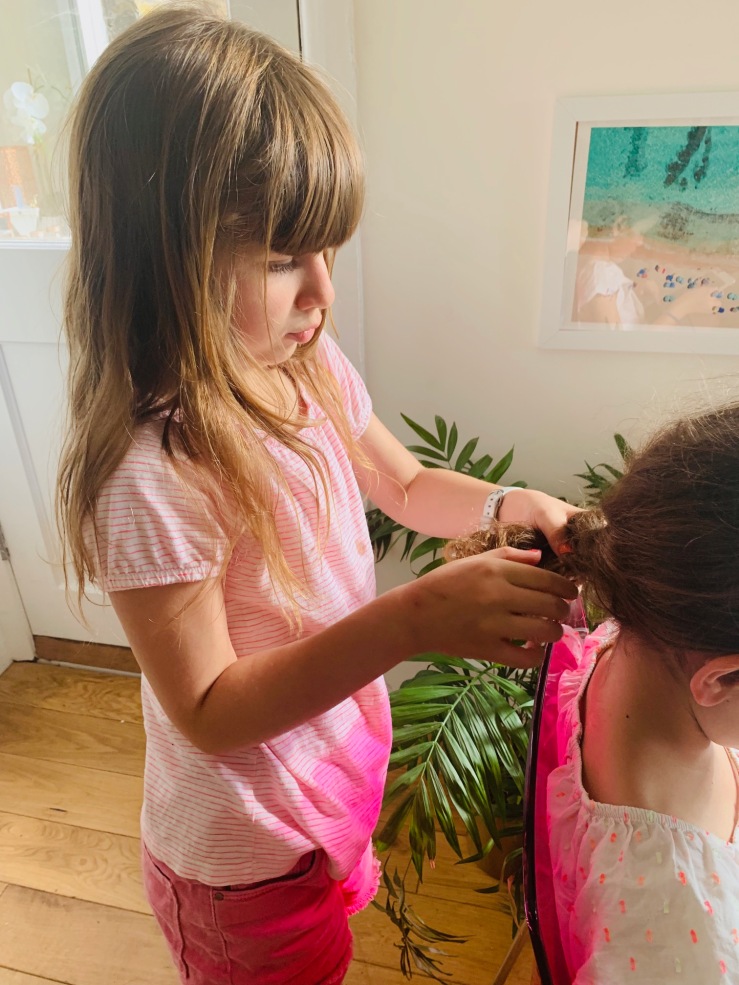 And tried on necklaces I’d made, but as hair crowns:

A few hours later, the battle of the bedtimes commenced. The girls wanted to stay up until midnight. I was wrecked from all the cleaning, and wanted to go to sleep at 9pm. ‘It’s not Cinderella, you know!’ I insisted. ‘Nothing exciting happens at midnight, you just get more and more tired!’

In the end, they fell asleep at the preposterous time of 3am. 3am! (I was only informed of this in the morning, as I went to sleep well before midnight.)

All in all, the sleepover was rather exhausting. I think the girls enjoyed themselves; they were very cute. But if they want to repeat the experience, I might have to insist on that pocket money spa day.

They receive a whole host of amazing rewards in addition to this credit! Please support me on Patreon.